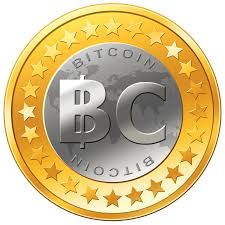 Bitcoin has become such a huge buzzword on the internet now a days.  The digital coin that started off as an idea to replace paper currencies was never really expected to take on such a large role in the shift of the way we think about our current currency systems.

Bitcoin started off 3 years ago and was simply worth hundredths of one cent compared to the USD.  But as more and more people started to see the value of not what bitcoin was worth, but what it meant as a new currency to the world, it’s actual dollar value ballooned to over $1200 in record time.  It even surpassed gold for a little while!  But when it grabbed the worlds attention, it also grabbed the attention of the major financial institutions and the world governments as they reacted in fear that their golden goose, their printed dollar may be ousted by a peer to peer trading network of digital coins!

There were positives and negatives regarding Bitcoin flying all over the news.  The headlines were non stop as this new currency made it’s way to the forefront of almost everyones attention.

Some disregarded it immediately as a way for criminals to conduct online business without using actual money.  A sort of money laundering aid.  Silk Road didn’t help those rumors at all as it became an online hub for illegal selling of illegal substance.

But then there were those who saw the benefits of what Bitcoin could possibly do.  A public ledger of transactions meant we could buy and sell houses, cars, business etc without lawyers or their hefty fees.  We could send money across the globe without getting nailed the exchange fees.  We could transfer money easily and swiftly and avoid banking fees, without borders.  People were catching on!

Then came the computer savvy thieves who were successfully able to steal over $600,000 worth of bitcoins from Mt Gox, the worlds 2nd largest bitcoin exchange, and the value plumetted from it’s $1200 high to half of that just as fast as it had risen.

The public interest in bitcoin turned to how to make money with bitcoin as it’s value started to fluctuate so greatly and opportunity strikes at times like these!

No one really knows what’s going to happen with Bitcoin, but we all know that it’s one of the most exciting new things to happen in the technology world.   A digital currency!

Android phones these days are massive in numbers. So are the apps. The market is filled with gargantuan programmers who bring new, innovative and productive applications that cater the needs of your phone. The support is immense within the android community and it is growing fast from bow to stern. Gone are the days of age old apps with cumbersome interface. One among the important wares that can help the users is the dedicated system related explorers. It not only lets you give access to the contents of the phone but also integration to host of features. Today, let us take a closer look at what are the latest offerings and options we have that pits the best of the ‘Best Android File Managers’ to this day. Shall we?

Following are the two top notch file managers keeping in mind the best overall features.
Note – It would be tiresome and misleading to give top 10 or top 5 reviews of the existing file managers likewise putting the users in a lot of confusion. So here we go.

You can find some amazing File Transfer Apps For Android Phones from that link.

Unfortunately when using iOS, you only have one option http://www.android.com/filetransfer/